Hello My Darlings! Are you ready for Autumn?I’m not…why the summer is ending? How did it happen?!Time did go so fast,it’s actually insane. It’s September,that means soon is my birthday…and I’m going to be 25 on the 25.septemember.Still can’t belive it,but that’s the reality. Let’s talk about August,so what fun things you did?We had a little photoshoot (some of the photos you can see on my personal instagram and bookstagram).It was sooo much fun,loved to finally see my friends and have a picknick afterwards . Now let’s dive into the Favorites!

My review for this product you can read here.

I love those eyeshadows,it’s the best!Stay on the whole day, easy to blend and the colours are AMAZING. Did my eyelook for the photoshoot with it and it looked sooo beautiful! 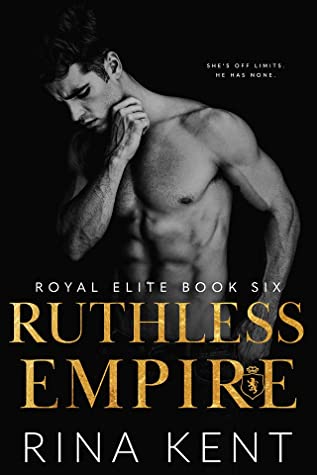 She’s off limits. He has none.

There’s a girl.
Beautiful. Popular. Fake.
And my obsession.
My fall.
Probably my damnation.
Did that stop me? Do I care? No and no.
There’s a line between right and wrong. Moral and immoral.
And then there’s her.
I cross every limit with blood-coated fingers.
She says she hates me.
I say I hate her too as I trap her, own her.
Make her all mine.

Ruthless Empire is part of Royal Elite Series, but could be read on its own. For better understanding of the world, you might want to read the previous books first. This is a mature new adult and contains situations that some readers can find offensive.

Why I love it!

This is the last book in the series and I’m very sad about it…this was the longest book,bu it felt the shortest. Will definitely do a full review soon for this one,so don’t miss that!

You can see I was slightly obsessed with Jackson Wang music…Like that man makes great music!Highly recommend for you to check it out. And of course GOT7,how did I slept on them?! I seriously don’t know.

He Is Psychometric(you can find my review here)

Lee An (Jin Young) has a special psychometry ability. Whenever he touches someone, he can read that person’s memory. Using his psychometry ability, Lee An wants to take out evil people in the world. Unlike his handsome appearance, he is not smart at all.

Yoon Jae-In (Shin Ye-Eun) is a girl with a scar in her mind. She tries to hide that. Lee An and Yoon Jae-In happen to meet and they struggle to solve cases

What will happen when their worlds collide? A romantic thriller about how these two teenagers love, heal, and support each other through big and small events.

Train(you can find my review here)

A hard-hitting detective who fearlessly dives into his work, Seo Do Won is relentless when it comes to bringing criminals to justice. Willing to take on any case, no matter how hard, Do Won has made a name for himself as a man who gets the job done. But when the woman he loves becomes the latest victim of a serial killer, his world completely changes. Literally.
Mysteriously able to move between parallel universes, Do Won now lives in both worlds as a man who must pay for the sins of his father in one, and as a man forced to live a precarious life because of those sins in the other. As if the duality of his life wasn’t hard enough to deal with, he soon learns that his deceased love may be gone in one world, but she’s very much alive in the other. Vowing to track down her killer in one universe, while simultaneously trying to protect her in the other, Do Won is quick to acknowledge this is not something he can do alone. Seeking the help of his colleagues in both universes, Do Won asks Han Seo Kyung, an honest, yet reserved prosecutor with a big heart in one world, and a cold and emotionless detective in the other, to help him out. Together with Lee Jung Min, a tenacious member of the scientific investigation unit, they’ll do whatever it takes to track down the killer in one world and protect his love in the other. But will their efforts in either universe really be enough?

Have you seen any of those?

Tell me in the comments, How was your August?