Lee Yeon (Lee Dong-Wook) was once the mountain spirit of Baekdudaegan. He sacrificed his life as a mountain god to resurrect the life of the woman he loved A Eum. Lee Yeon now lives his life as a nine-tailed fox in human form. He has lived this way for hundreds of years.

Meanwhile, Nam Ji-A (Jo Bo-Ah) works for TVC station as a PD of documentaries. She seeks out stories on the supernatural.

Back in 1999, her parents were involved in a car accident in Yeou Gogae. She remembers a man that saved her in that accident. Now, Nam Ji-A reviews CCTV footage from a wedding hall where the bride disappeared. She sees the man that saved her as a child walking out the wedding wall with a red umbrella. His name is Lee Yeon.

This was M-A-G-I-C-A-L! I loved almost everything about this drama, the cinematography was phenomenal. The story was very well told, the actors did an AMAZING job. I love Lee Dong-Wook, he is such a talented actor.  Truly a beautiful drama to end the year.

Another surprise I got was Kim Bum! I loved him in “Boys Over Flowers” and now seeing him in this drama was so cool. He aged like fine wine.

It was there! And that’s amazing. Jo Bo-Ah in the first episode tried too hard(I mean…I got it…your male lead is a legend), but after it…they worked better together.

It was a nice wrap-up, I didn’t expect it. Was it my favorite? Not really…that’s why it’s not a 5-star drama.

Tell me in the comments, Have you seen it?

Jung Da-Jung (Kim Ha-Neul) is married to 37-year-old Hong Dae-Young (Yoon Sang-Hyun). They have have 18-year-old son and daughter. Jung Da-Jung works hard as a rookie announcer and she has a warm heart. She becomes completely fed up with her husband and is unable to deal with him anymore. Hong Dae-Young got fired from his job and he is looked down upon by his family. Jung Da-Jung hands him divorce papers.

Meanwhile, Hong Dae-Young looks at himself as an ordinary jobless middle-aged man. He regrets his life. At that moment, his body changes into that of an 18-year-old year old person, while his mind is still that of his 37-year-old self. Back in his teenage days, Hong Dae-Young (Lee Do-Hyun) was an excellent basketball player and also popular. Now, with his regained 18-year-old body, he changes his name to Ko Woo-Young and begins to live a new life.

If you have watched 17 again with Zac Efron then you already know the story. In my opinion, it’s even better than the movie. This drama had more “soul”, the acting was phenomenal and the soundtrack was amazing!

We had a lot of romantic relationships in this drama and I can say…they all had chemistry and that’s pretty amazing. Will not spoil any further.

It was such a beautiful ending , I did cry…..a little…Would definitely recommend if you want something romantic and heartwarming.

Tell me in the comments, Have you seen this drama? 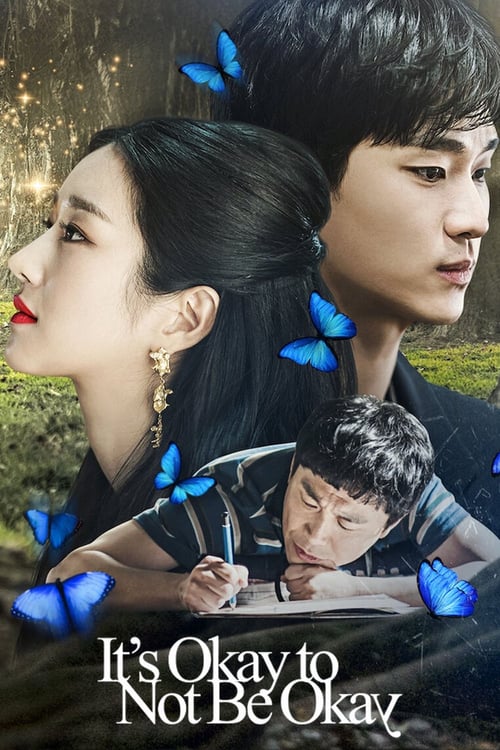 A story about a man employed in a psychiatric ward and a woman, with an antisocial personality disorder, who is a popular writer of children’s books.

Moon Kang-Tae (Kim Soo-Hyun) works in the psychiatric ward. His job is to write down the patients’ conditions and to deal with unexpected situations, like if patients fight or they run away. He only earns about 1.8 million won (~$1,600 USD) a month. The woman (Seo Yea-Ji) is a popular writer of children’s literature, but she is extremely selfish, arrogant and rude.

This was very unique, the plot was really good. It has mystery, romance, mental health awareness.  Felt like a Tim Burton movie, but kdrama edition and I love it. But….it wasn’t the best. The actors did an amazing job, but the script…felt like something was missing. Don’t get me wrong I loved it, just I expected a little bit more of it.
Trigger warning- child abuse

Both of the actors did an amazing job, you could really feel the “love”! I truly enjoyed the relationship. The chemistry was there and that’s great.

I liked the ending,it was very heartwarming. The end twist,was good.Yes I figured it out,but I usualy do…so not mad about it!

You can watch it here

Tell me in the comments, What are you watching ?

Mystic Pop up Bar opens only at night on the rooftop of a building. Wol-Ju (Hwang Jung-Eum) runs the mysterious food cart. Customers who visit Mystic Pop up Bar consist of normal people and the dead. While drinking alcohol and eating dishes with Wol-Ju, the customers of Mystic Pop up Bar talk about themselves and try to heal their internal wounds.

I finished watching it yesterday, and guys…this is GOOD! First starting this drama it gave me BIG Hotel La luna vibes(at first), but then it became something different… and I love it! The only critic I have,it has just 12 episodes…and I do feel it needed more.

If you like past lives, paranormal, comedy-dramas you will LOVE this one.

We have (kinda) two couples. The first one is Han Kang-Bae and Kang Yeo-Rin, Omg they were soooo cute! Such good chemistry and the cute moments….just awwwww. And the second couple was Manager Gwi and Wol-Ju. I loved the bickering and the low-key flirting. It was nice to see a more mature couple in such a drama.

It felt rushed….and too short! Yes, we get all the plot holes filled, but it was rushed. Overall I liked the ending.

Totaly Recommend for you to check this Kdrama out

You can watch this drama

Tell me in the comments, What are you binge-watching?

Hello, my Darlings! How are you all doing? I just finished King: Eternal Monarch and it was amazing! Now I have a hangover and I need to talk about it. So let’s dive into it!

Lee Min-ho is back!

It’s his first drama after military service and it didn’t disappoint!

Woo Do Hwan is an amazing actor

He played two very different people , one was Jo Young, the royal bodyguard to Lee Gon who takes his job very seriously, and the other Jo Eun-seob who is a public service worker at a police station. He played those two soo good, I started to think twins played those roles and not one person!

The romance is the sweetest

King Lee Gon and Jong Tae-eul are the sweetest! So many cute moments between all the action. The chemistry was on point!

It’s set in two parallel universes, one is a place called the Kingdom of Corea that’s ruled by King Lee Gon and the other is present-day Korea, where police detective Jong Tae-eul is! It’s really interesting to see a parallel history in this drama, and how Korea could look if the things would play differently.

Watch it on Netflix or Drama Cool

Tell me in the comments, Have you watched it?

What would you do if you found out that you were in fact a character in a comic? And an extra character on top of that? Change the course of the story, obviously!

Eun Danoh is a 17 year old high-school student from a wealthy family who suffers from a lifelong heart condition that inevitably means she will not live past her teenage years. However, when Danoh realizes she is experiencing long gaps in her memory as well, she comes into the unhappy inheritance of another fact in her life: she is a character in a Korean webtoon and all of her actions are predetermined by the artist who draws her. To make matters worse, she discovers she is only a supporting character in the cast. With her newfound understanding of the world she inhabits, she is determined to find true love in her own plot-line and circumvent the author’s plans for her character by utilizing the flashes of storyboard she alone is able to see.

It’s such a unique idea, a comic book character that finds out she is in a comic book?! That’s such a cool thing. The first 8 episodes were amazing, I loved every second of it, though maybe it’s my new Goblin?! …but after those episodes, it started to drag. Like there was so much going on, but it felt so flat…I don’t know why. So disappointing…

Unpopular opinion – I didn’t like any of the Love interests. For me, it was more a self-journey and you really didn’t need a love interest in this one. So we have the Haru the character who isn’t in the main story and

Eun Danoh’s fiance in the comics Baek Kyung. There was chemistry between this love triangle,I just personally didn’t care about it.

It was an open-ended ending, with a bittersweet feeling.  I’m okay with it, I kind of saw it coming.

You can watch this drama here

Tell me in the comments, What’s your favorite tv show?

Felt cute. Might just keep pretending it’s summer until it’s actually summer again #tb
“I love the smell of book ink in the morning.”– Umberto Eco
“Summer afternoon—summer afternoon; to me those have always been the two most beautiful words in the English language.” – Henry James
“Never trust anyone who has not brought a book with them.” – Lemony Snicket
“If you don’t like to read, you haven’t found the right book.”– J.K. Rowling
Happy Mother's day to my amazing Mom♥️