Hello ,my Darlings! How,are you all doing?I know I know this is VEEERRRYYY late, but better late than never, right?! So let’s talk about September. I’m officially am 25 years old . It’s October and we are now again in quarantine, the cases in Latvia are at in an all-time high…and it’s cold outside. Overall the October didn’t start well. But now let’s dive into the favorites!

After All I’ve Done by Mina Hardy

I was approved for this book on Netgalley, and guys…THIS WAS AMAZING!!! Full review you can read here. 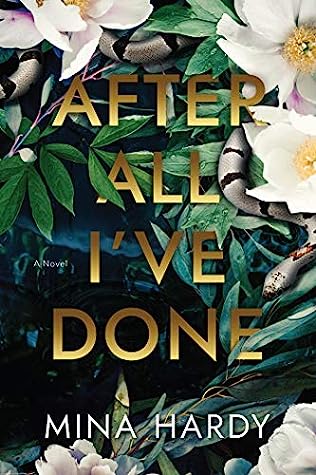 Writing as Mina Hardy, New York Times bestselling author Megan Hart delivers a thrilling new psychological suspense for fans of The Woman in the Window and When the Lights Go Out.
She’s lost her best friend, her husband–and possibly, her mind.

Five months ago, an accident left Diana Sparrow badly injured and missing a few months of her memory. As if that’s not enough, she’s started having recurring nightmares about the night of the accident. Dreams that feel so real, she’s left questioning: maybe she didn’t just slide off the road into a ditch. Maybe, just maybe, she hit something. Or someone.

Any old kpop fans here? Do you know Super junior, if yes then What’s your favorite Super Junior song? I’m loving the new D&E songs,sooo good. Highly recommend for you to check it out

My review you can find here 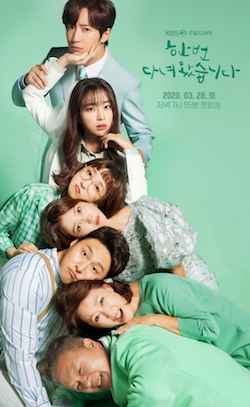 Song Young-Dal (Cheon Ho-Jin) and Jang Ok-Boon (Cha Hwa-Yeon) have been married for many years and they have 4 children: Joon-Sun (Oh Dae-Hwan), Ga-Hee (Oh Yoon-Ah), Na-Hee (Lee Min-Jung) and Da-Hee (Lee Cho-Hee).Third child Na-Hee is a doctor and she works with her husband Doctor Kyu-Jin (Lee Sang-Yeob) at the same hospital. They fell in love during their medical school days and got married, but their marriage life is not doing very well. Meanwhile, the first child Joon-Sun (Oh Dae-Hwan) and the second child Ga-Hee (Oh Yoon-Ah) are both divorcees and live with their parents. The youngest child Da-Hee struggles as an intern at a company.

Tell me in the comments, How was your September?

Hello Hello, My Darlings! How are you all doing? How’s the July treat you? My July was…eventful. Had a friend over every Tuesday, she had some business to take care of in my little town, so she stayed over(that was such a blessing, missed her so much). What else new…I tried a lot’s of new products, so stay tuned for some new reviews coming soon! Let’s dive into the Favorites!

I’m really enjoying this product right now. It’s so refreshing in this heat we have now in Latvia. My review of this product you can find here.

A Court of Wings and Ruin (A Court of Thorns and Roses #3) by Sarah J. Maas

So I finished the last book () in the ACOTAR series and it was good. I expected more but it was still really good. My review of the book you can read here!

Obsessed with kpop in July and I regret nothing!

Super Junior made a success with their own short reality show SJ Returns back in 2017 and promised to come back as a fixed reality show. On January 2, 2018, a source from Label SJ announced that the group will be launching their own variety show titled “Super TV”.Season 1 aired from January 28, 2018 until April 13, 2018. The show went on hiatus after that and returned on May 29, 2018 with an earlier introduction on SMTOWN’s V Live channel.

Tell me in the comments, How was your July?

Photo by Juja Han on Unsplash

Kpop is taking over the world literally right now with all the new groups like BTS, Black Pink and Twice. So I thought it would be interesting to talk about some of my favorites Kpop songs of all times, as an “old school “Kpop fan I all of my favorite songs are at least 7 years old and I do remember when they came out and I was so excited (especially U-kiss comebacks where a big deal to me). It’s so funny to see people who made fun of me for liking Kpop and Jrock now jamming out to BTS. Times sure are changing!

This is literally my favorite song ever,I remember the day it came out, it wasn’t the best day for me, but this did cheer me up so much and from that moment this song always cheers me up even on the “worst “days ever.

One of my first and favorite 2ne1 songs ever. It’s just such a badass song and I love it.

This one is just pure perfection…I love the everything about this song, the music, mood, lyrics .

I love this is such a great song to jam on a Friday night!

This is one of the legendary kpop dances. Everything about this is such a mood!

Dancing Zombies?! Yes , please !I’m listening to this one while I’m writing (and casually singing along ). I really like 4Minute aesthetic, so sad they disbanded.

Seriously couldn’t decide if to put this song on this lost or “Neverland“, both are just amazing. But I do like this song a little bit better.

The retro feeling in this song is strong and I just love the dance! And it’s catchy, we love a catchy song.

Love the cutesie concept of this song. And the song is amazing!

Do I even need to comment on a Super Junior song? Still, remember how I danced the “sorry sorry” part in the summer camp. So many memories…..

Tell me in the comments, What’s your favorite song right now? Why?

Hello, my beautiful people! How are you all doing? It’s unusually warm in Latvia right now, like +23C (I’m very shocked by that because last year at this time we had snow lying around and now it’s basically summer). Can you all imagine it’s already May? I really can’t, time is going soooo fast! Today we are talking about my last month’s favourites. Let’s start!

Very unexpected this become one of my favourites wash creams ever.  It’s cheap, pretty good cleans the skin from excess oil and has a very good cooling effect.

I just love this set! As someone who struggles with acne and oily skin, this is AMAZING! Right now I just use the toner and face cream (with the washcream I talked earlier ). Would definitely recommend to try this if you are struggling with acne.

Wrapped In My Wife

Emily’s been a wife and a mom as a full-time job. But when her twin boys go to kindergarten she finds herself with too much time on her hands.

Dylan built his construction business with his wife by his side, until she had their boys and decided to stay at home. The past few years he’s been working hard to build the perfect life for her, but he’s ready to slow down.

When Emily takes a job at the local library she’s not prepared for a creepy new boss. She misses her family, but she’s determined to make it work. But little does she know her husband is on the prowl, and nobody gets in the way of what still belongs to only him.

Warning: This sugary sweet husband and wife romance is everything your heart desires! It’s safe, sexy, and over the top! Put a ring on it and dive in!

Tell me in the comments,How was your April?

First time I listened to K-pop was back in 2008/2009(quite long time ago…), thanks to my love of jrock/visual kei groups I discovered the world of K-pop and never looked back. So here a list of my favorite K-pop groups ever(I didn’t put the disbanded ones like 2NE1 and 4minutes ).Let me know your favorite Kpop group in the comments down below.So let’s start with…..

First song I heard by them: Sorry Sorry  and Bonamana

My Favorite songs: Twinkle Twinkle and Nothing lasts forever

First song I heard by them: Twinkle Twinkle

Mamamoo (Hangul: 마마무), sometimes stylized as MAMAMOO,[1]is a South Korean girl group formed by Rainbow Bridge World(formerly WA Entertainment) in 2014. The group officially debuted on June 18, 2014, with the song “Mr. Ambiguous”.[2] Their debut was considered by some critics as one of the best K-pop debuts of 2014

My Favorite songs: You’re the best and   Décalcomanie

First song I heard by them: Taller than You

My Favorite songs: Ring Ding Dong ,Tell Me What To Do and _ LUCIFER

First song I heard by them: Ring Ding Dong

First song I heard by them: Freeze

Bias: All Of Them

First song I heard by them: Big Bang and 2NE1- Lollipop

EXID (/iː ˈɛks aɪ ˈdiː/; Hangul: 이엑스아이디), short for “Exceed In Dreaming”,[1] is a South Korean girl group formed in 2012. The group consists of five members: Solji (currently on hiatus due to health issues[2]), LE, Hani, Hyelin and Jeonghwa. They made their debut as a six-member group in February 2012, with the single “Whoz That Girl”

First song I heard by them: Whoz That Girl

*A stan is an avid fan and supporter of a celebrity, tv show, group, or a film or film series. The object of the stan’s affection is often called their “fave”. Based on the 2000 song “Stan” by American rapper Eminem,[1] the term has frequently been used to describe artist devotees whose fanaticism matches the severity of the obsessive character in the song